The Shenandoah Valley in Virginia is a region that played a very pivotal role in American history. From the Revolutionary War to the Civil War, our land helped define our country to what it is today. Whether you’re a history buff or searching for something fun and interesting to enjoy during your stay with us at The Inn at Vaucluse Spring, touring the various Shenandoah Valley historic sites and museums is an absolute must! Just to get you started with your planning, here are some places near our Winchester, VA inn that you won’t want to skip.

If you’re planning a trip to the Shenandoah Valley soon, you won’t want to be without our free Vacation Guide! This downloadable booklet is filled with our best recommendations for Shenandoah Valley things to do including outdoor recreation, dining, annual events, entertainment, and Shenandoah Valley historic sites. It’s the only thing you’ll need to plan the ultimate getaway to Northern Virginia!

Located just a few minutes from The Inn at Vaucluse Spring, Belle Grove Plantation is an authentic 18th-century manor house built by Major Isaac Hite and his wife Nelly Madison Hite, sister of President James Madison. During the family’s time in the home, they expanded the original 483-acres into a prosperous 7,500-acre plantation that produced a wide variety of crops and goods including wheat, cattle, several mills, and even a distillery. The land is still farmed today, and you’ll have the opportunity to explore the antebellum plantation during your visit.

Guided tours of the Manor House, outbuildings, and museum are available throughout the year (excluding holidays). Also, don’t forget to attend major Belle Grove Plantation events such as the “Of Ale and History” Beer Fest in May and the Wine Fest in August.

Originally constructed in 1840, the Old Court House Civil War Museum is one of the best spots to learn more about our region’s role in the Civil War. The museum itself is housed in the building that served as the first American courthouse beyond the Blue Ridge Mountains. However, during the Civil War, the courthouse was used as a hospital, barracks, and prison. During this period, the town of Winchester changed hands between the Union and the Confederates at least 70 times. After serving as community offices for years afterward, the historic building was finally converted into a Civil War Museum in 2003.

As you explore the museum, you’ll see a wide variety of relics and exhibits that transport you back in time. One of the most popular attractions of this museum is the original graffiti left on the walls from the soldiers. The famed “Jeff Davis Curse” message inscription can also be found here.

3. Museum of the Shenandoah Valley

The Museum of the Shenandoah Valley is filled with unique galleries and exhibits that showcase the history and art of our region. The museum is divided into three main sections. The galleries are located on the second floor and hold multimedia presentations and dioramas that teach about the Valley and its interesting past. The outdoor gardens, also known as the Glen Burnie Gardens, include a lovely rose garden, vegetable garden, and perennial garden across seven acres of perfectly landscaped grounds. The Glen Burnie House is a 254-acre estate built between 1794 and 1797. Here, you can take a self-guided tour of the mansion and view the belongings and decorations of previous families that lived there so many years ago.

During the months between September 1755 and December 1756, General George Washington used a small log cabin as his office during the time Fort Loudoun was being built. Today, you can still visit the same cabin that he stayed in! Many of his own personal effects remain here, as well as a scale model of the town circa 1755 and the cannon left by General Edward Braddock in Alexandria. There are also informative panels located throughout the museum that further educate you about George Washington and his time in Winchester, VA.

Washington’s Office Museum is open every day from April 1st to October 31st from 10 am to 4 pm on Monday through Saturday and 12 pm to 4 pm on Sundays.

The Stonewall Confederate Cemetery is the final resting place for more than 2,500 Confederate soldiers who were killed during the bloody Battle of Antietam and in local Shenandoah Valley hospitals. There are many sections of the cemetery, each representing fallen soldiers from different states. The middle section is where over 400 unknown soldiers now lie. Even today, memorial ceremonies are held and graves are decorated to honor those who laid down their lives. When you visit the Stonewall Confederate Cemetery, you’ll automatically feel a sense of calm in such a historical spot.

Back in 1862, the Cedar Creek Battlefield was the site of a surprise attack battle by the Confederates against the Union. It also marks the last significant Confederate resistance in the Shenandoah Valley. When you visit the battlefield, you’ll walk right where history was made and learn the stories of determination and courage by both sides of the war. Thanks to the cemetery’s partnership with the National Park Service, there are regularly scheduled tours on the property during the summer. However, you may also decide to take a self-guided tour.

There is unique history waiting to be discovered at the Woodstock Museum of Shenandoah County, Virginia.  Along with regional artifacts, the museum also preserves the manners and customs of past residents. The 18th-century buildings you will meander through both have historic connections to the Old Shenandoah County Courthouse. Connect the dots as you explore the Marshall and Wickham Houses that comprise the museum. You’ll find even more unique artifacts, including farm and town treasures, in the Carriage House adjacent to the Marshall House. After admiring artifacts like the Baugham Family Collection and a homemade copper moonshine still, stop by the Museum Store to find unique gifts and souvenirs to commemorate your visit to the Shenandoah Valley.

The Warren Rifles Confederate Museum is located in nearby Front Royal, VA and gives visitors the opportunity to travel deep into the history of our region. You’ll learn more about the various leaders of the Confederate army, including Robert E. Lee and famous spy, Belle Ford. The museum also displays authentic war arms, Confederate uniforms, restored historic documents, weapons used in the Battle of Front Royal, women’s clothing from the period, and several artifacts from Confederate generals and soldiers. If you’re interested in learning more about your ancestors, museum guides can also help you find out where your name comes from and search for past family members.

The New Market Battlefield State Historical Park is a fascinating museum that tells the story of war in Virginia and how it continues to inspire us to this day. You’ll be invited to take a self-guided tour of several locations across the historic battlefield including the Field of Lost Shoes, the 1818 House, 1825 Bushong Farm House, and the Blacksmith Shop. The New Market Battlefield is also home to the oldest battle reenactment in the nation! Each spring, hundreds of people from all over the country flock to the battlefield to participate. You’ll be able to choose your side and embark on an incredible journey back in time. Food that the soldiers themselves would have eaten during the time period will also be served!

During the winter of 1861-1862, Stonewall Jackson used a quaint home in Winchester, VA as his headquarters. Today, that same house still stands and boasts the largest collection of Stonewall Jackson memorabilia in the world. Some of the most fascinating items on display at Stonewall Jackson’s Headquarters are Jackson’s personal prayer table, an initialed prayer book, and weapons that he used during the Civil War. His office is also arranged to look exactly the way it did during the general’s time at the cottage.

The museum is open daily from April 1st to October 31st. Stop by anytime Monday-Saturday from 10 am to 4 pm or Sundays from 12 pm to 4 pm.

In the early 1700’s, the Hollingsworth family arrived in the Shenandoah Valley in search of the perfect place to build a mill and a home for themselves. They settled on a fertile piece of land in Winchester, now known as Abram’s Delight. Isaac Hollingsworth, the son of the land’s original owner, used the home to meet with his fellow Quaker members. The home was passed down through the family for generations, growing larger and larger over time. In 1943, the city of Winchester purchased the old home in order to preserve the city’s oldest residence. Today, visitors can tour the main house, the original log cabin on the west lawn, and take a peek at what life was like for the Hollingsworth family.

The First Battle of Kernstown and the Second Battle of Kernstown raged on the Kernstown Battlefield in 1862 and 1864. Not only was it the site of the last Confederate victory of the Civil War, but it’s also the land upon which four families of farmers thrived. During your visit, you’ll be able to tour the home and estate in which one the families lived and took shelter during the battles on their field. The battlefield itself is open to visitors on Saturdays and Sundays from the first Saturday in May to the last Sunday in October. Admission is always free, but donations are highly recommended to help keep this historic site open to the public. Walking trails will lead you to significant points of interest throughout the battlefield and the 1854 Pritchard House. 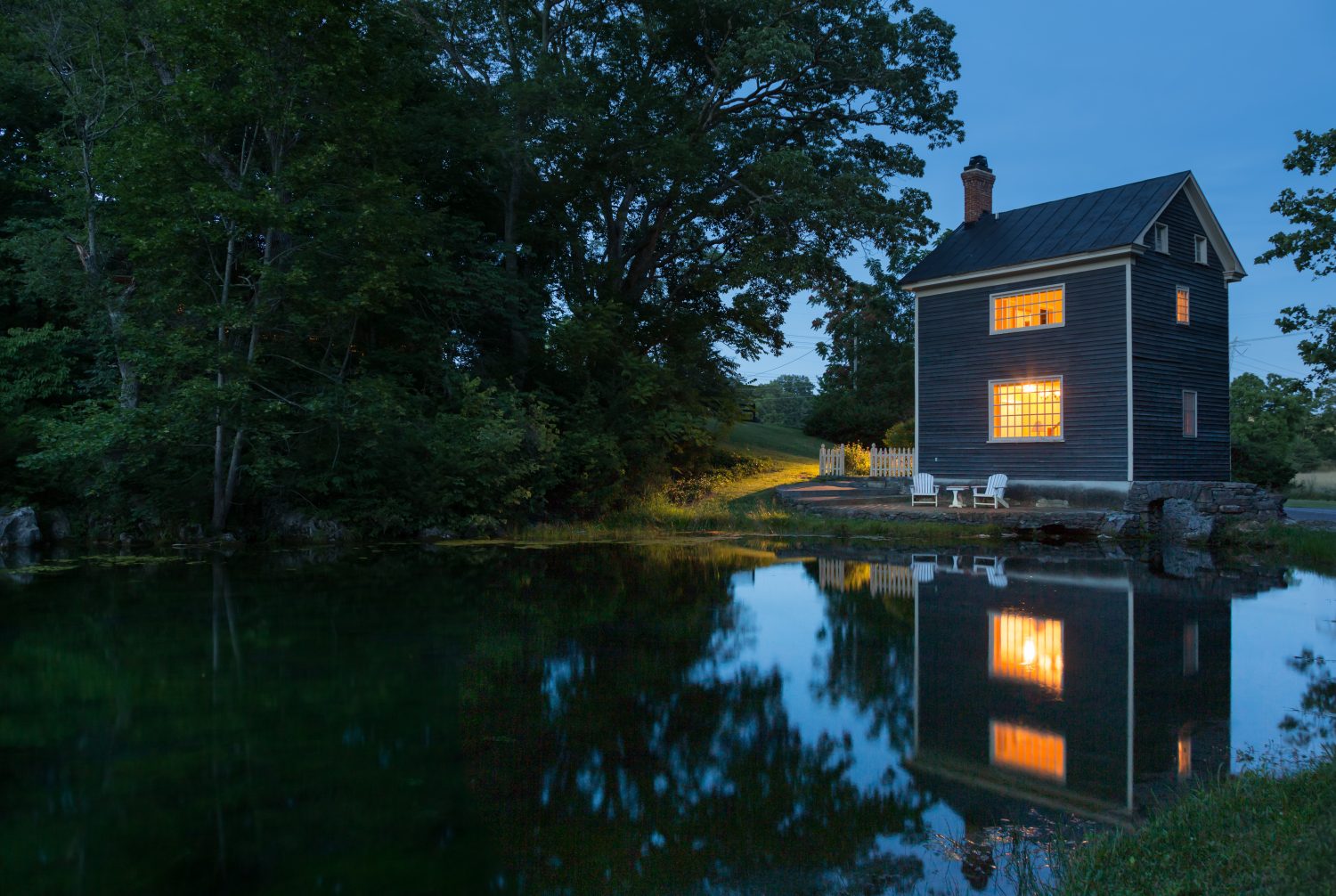 In order to explore all of these incredible Shenandoah Valley historic sites, you’ll need a comfortable and convenient place to stay. Located right beside a beautiful limestone spring, The Inn at Vaucluse Spring is the perfect romantic escape in the Shenandoah Valley. Come experience our gorgeous gardens and cozy rooms and cabins. Each accommodation is different so you can choose the one best for you. Imagine waking up every morning to the smell of freshly brewed coffee coming from the dining room as you gaze out over our oasis. If you wake up early enough, you may see the mist begin to disappear to reveal the gorgeous view. Indulge in a freshly prepared breakfast, then embark on the day’s adventures! It’s the perfect alternative to other Shenandoah Valley hotels and offers a unique experience you won’t find anywhere else.

Book your next escape with us today! We look forward to welcoming you to the Shenandoah Valley soon.

Related posts you may enjoy: